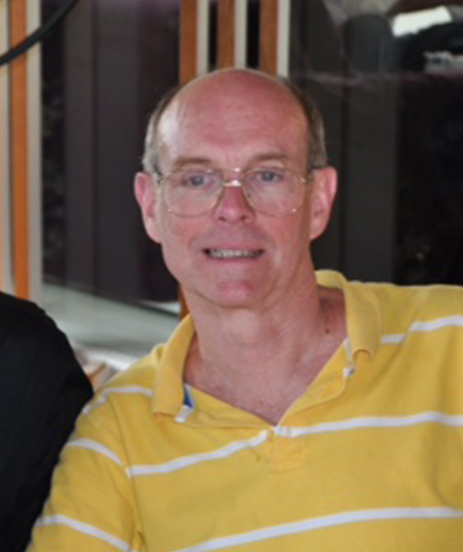 Written by: Centre for Men's Health

It is with great regret and sadness that we announce the death of our former practice manager, Jim McGrew, in hospital in Girona, Spain on Wednesday 20 May.

Jim originally trained in San Francisco as an architect, coming to the UK in his early thirties for a ‘short stay’ that lasted most of the rest of his life. He retired from his role at the Centre for Men’s Health in 2018, moving to Spain, where he had bought a flat some years before.

The Centre for Men’s Health’s founder, Professor Malcolm Carruthers, recalls: “I met Jim through Siddha Yoga and employed him as practice manager over 30 years ago. He soon became indispensable, juggling the various duties of the clinic and handling patients and their notes as they came to see doctors in London, Manchester and Edinburgh. My motto for him was: ‘Jim’ll fix it’. He was kind and reliable and, with Hugh Welford, developed the practice management system. This was essential to running the practice, screening the patients and keeping their data.” He adds: “Jim was a good and valued friend over many years.”