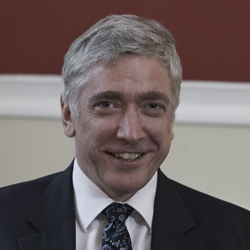 Mark Feneley graduated from Cambridge University and completed his basic medical training in London. His MD degree was awarded at Cambridge for research into the early diagnosis of prostate cancer, and received his Hunterian Professorship at the Royal College of Surgeons of England. After completing higher Urological training at St Bartholomew’s and the Royal London Hospitals, London, he accepted a two-year post-doctoral fellowship in Urological Oncology at the Brady Urological Institute, Johns Hopkins Hospital, USA. He then worked as a Consultant Urologist subspecialising in urological malignancy at Nottingham City Hospital and was there appointed Director of Postgraduate Education. In 2003, he began his present position as Consultant Urological Oncological Surgeon at the Institute of Urology, UCLH, London. Research interests include benign and malignant prostatic disease, PSA testing, biology of early prostate cancer and antibody targeting for imaging, with extensive publications in these fields.

Dr Anand Patel qualified in 2000 at King’s College, London. Alongside his men's health specialist work at the Centre for Men's Health he is a GP Partner at a practice in South London. He worked as a medic in HIV and then respiratory medicine, gaining his Membership of the Royal College of Physicians in 2004, and further accreditations in Medical Education, Family Planning and his Membership of the Royal College of General Practitioners in 2007. Anand was one of the first doctors in the UK to gain Fellowship of the European Committee of Sexual Medicine in 2012, one of the very few internationally recognised qualifications in sexual function.

Anand speaks nationally with the British Society of Sexual Medicine and is secretary to the Primary Care Testosterone Advisory Group. He has filmed a series of web seminars educating other health care professionals for the British Medical Journal on male and female sexual function, trains junior doctors, and writes for NetDoctor on Men’s Health.

Anand has a holistic approach to patient care, looking at your physical and psychological health, relationships and social environment which can directly impact on your health and sexual life to develop with you a broad-ranging management plan. 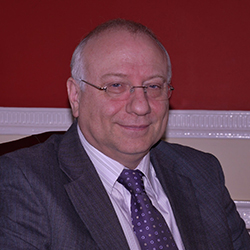 Dr Clive Morrison qualified at Liverpool University and after completing GP vocational training he commenced work in genitourinary medicine, HIV prevention and research studies of sexual health and users of performance enhancing anabolic steroids. From 2001 to 2016 he worked as a GP in north Wales, where he was the diabetes lead for a practice which has one the largest diabetes register list sizes in Wales.

The practice's diabetes services have been commended by QIC, have been finalists for the NHS Wales awards for research and General Practice Awards for sexual health and diabetes teams of the year.

He is a member of the editorial board of the journal Practical Diabetes, north Wales local health board's Diabetes Planning and Delivery Group and has served on the Diabetes UK annual professional conference organising committee.

He has presented research on diabetes care at national and international conferences and completed an MSc in medical science in 2010 with a thesis on diabetes management. Over 40% of men with diabetes are affected by testosterone deficiency and ED problems and for research in this field he has won a Diabetes UK primary care poster award. 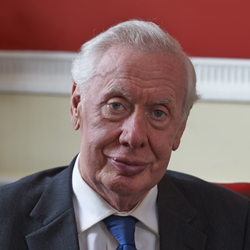 Founder of the Centre for Men’s Health, Professor Malcolm Carruthers, is a highly respected men’s health specialist and world authority on Testosterone Deficiency. Dr Carruthers is adjunct professor at the Alzheimer’s and Aging Department, Edith Cowan Unversity, Western Australia. Following his retirement from our clinical team in December 2017, Professor Carruthers continues to provide the Centre with briefing on the latest research in the field of men’s health.

As well as being a Fellow of the Royal College of Pathologists, he is a life member of the Royal College of General Practitioners (RCGP). He is also President of the Society for the Study of Androgen Deficiency (Andropause Society), a member of the British Cardiovascular Society, the European Academy of Andrology, the International and European Societies for the Study of the Aging Male and a past President of the Society for Psychosomatic Research.

Alongside over 100 refereed papers in medical journals and editorials in the American Heart Journal and the Lancet he is the author of;
- ‘The Testosterone Revolution’ (published 2001),
- 'Testosterone Resistance' (2016), - ADAM: Androgen Deficiency in the Adult Male – Causes, Diagnosis and Treatment (2nd edition, 2016) and
- ‘The 50 + Plan – His and Hers Hormones’ (2018).

We use cookies to give you the best experience possible on our web site. By continuing to use this site, we’ll assume you’re happy to receive cookies. You can manage them using your browser settings. To find out about how to do this and how we use cookies, please see our cookies policy. OkCookies Policy