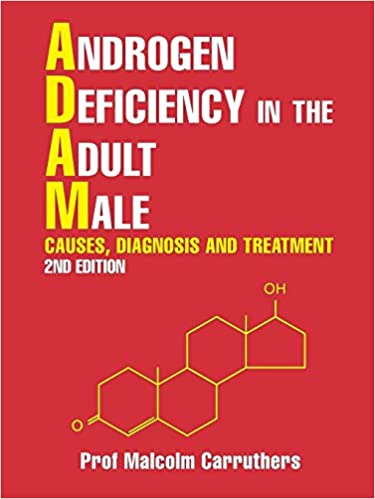 Setting out the theory of Androgen Resistance, Professor Carruthers aims to revolutionise diagnosis and treatment of Androgen deficiency. The approach shifts the emphasis in diagnosis to the symptomatology rather than laboratory data, and in treatment to the reduction of factors causing resistance. rather than just raising testosterone levels. As well as making the case for TRT being potentially the most important form of preventive medicine in men for the 21st Century, its importance in the treatment of diabetes, metabolic syndrome, cardiovascular disease and even neurological conditions such as Alzheimer’s and Parkinson’s Diseases is emphasised.
This book is of interest and importance to physicians and general practitioners, as well as andrologists and gives the evidence needed for the widespread use of testosterone treatment.